Always Faithful: A Memoir of the Marine Dogs of WWII 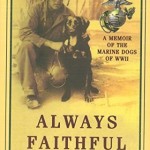 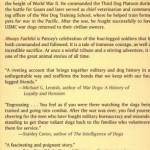 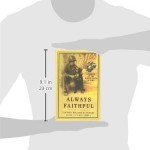 As a twenty-three-year-old veterinarian, William W. Putney joined the Marine Corps at the height of World War II. He commanded the Third Dog Platoon during the battle for Guam and later served as chief veterinarian and commanding officer of the War Dog Training School, where he helped train former pets for war in the Pacific. After the war, he fought successfully to have USMC war dogs returned to their civilian owners. Always Faithful is Putney’s celebration of the four-legged soldiers that he both commanded and followed. It is a tale of immense courage as well as of incredible sacrifice.
For anyone who has ever read Old Yeller or the books of Jack London, here is a real-life story that rivals any fiction. At once a wistful tribute and a stirring adventure, Always Faithful will enthrall readers with one of the great animal stories of all time.

Be the first to review “Always Faithful: A Memoir of the Marine Dogs of WWII” Click here to cancel reply.